On Being the Oldest in the Room 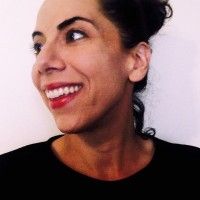 The phone interview started with the founder explaining the format, followed by the standard “tell me about yourself.”

Before the interview, I had done research to know he wasn’t yet 30. It seemed to be his first startup and publicly available information about this venture was minimal. I was excited that I got the phone interview because I knew my previous marketing experience was a perfect fit. I kept my story short by including only relevant startup marketing projects.

“You remind me of my mom,” he replied when I finished.

“Tell me about her,” I politely clucked in a high pitch, then swallowed hard, filled with anxiety about what was next.

Although he spoke with appreciation of his mother, she had never been hired by his startup. Nor was I, for that matter. And I wondered what about me, besides my age, made him compare me to his mom. I wasn’t yet 40, had no kids (or pets) and was living my best life. None of which should have mattered for the interview but somehow it did.

In all fairness, maybe he really was actively seeking candidates to create a real startup family vibe. Or it could have been the wrinkled elephant in the room — ageism.

It’s an open secret in Silicon Valley that the tech industry suffers from ageism — “the stereotyping, prejudice, and discrimination against people on the basis of their age.” In a recent survey, it’s been shown that tech companies hire on the young side. And, by the age of 29, tech workers already start to feel the effects of ageism.

Never in a million years would I have thought that I would be compared to a potential boss’s mother. But since my first job at a startup, I wondered why there weren’t more older workers. It took me four months to get that $10/hr., entry-level marketing job when I first moved to the Bay Area at the ripe old age of 28. I had my masters from a top-tier university and a few years working in consulting which amounted to me not only being one of the oldest, but also one with more professional experience than most.

It is worth mentioning that absent from many of the popular diversity talks and trainings is the topic of age discrimination. Tech workers are on average 31 years old while the average American worker is 42. At Google, for example, 30 is the average employee age. In Atlassian’s Balanced Team Diversity Assessment, the sample data is limited to engineers ages 25-34.

The almost-obligatory activities at tech companies geared towards promoting bonding, like karaoke and overnights, aren’t exactly family-friendly or age-inclusive. The “lack of culture fit” label  given to those that aren’t exactly like you, is a handy vehicle for discrimination. It’s based solely on a subjective perception of whether you pattern-match to the existing (youth-biased) company culture.

At times being the oldest in the room can be uncomfortable, like recently, when a woman point blank asked me in a professional environment, “are you in your 20’s?” It was another periodic reminder that no matter what age you are or appear to be, perpetuating age differences is a real distraction from actual work. I answered honestly, confronting the bias by giving my true age of 40 and mentally moved on.

While the Hollywood-made-famous movie The Intern with Robert DeNiro as a 70-year old intern probably will never have a sequel with a colleague like Meryl Streep (or happen in real life at a tech company, for that matter), none of us are getting any younger. The widely-publicized, recent reports of men in Silicon Valley getting cosmetic procedures are a subtle clue that demonstrates this.

No doubt ageism in tech is complex. But as the career honeymoon has ended for many of us, with millennials close to 40 and many Gen X’ers now over 50, it’s a good time to step up to learn new skills, volunteer, become visible as a mentor and bridge your network’s age gaps with active networking. What’s more is that by 2034 it’s estimated that there will be more older adults than kids, according to Census.gov. Coupled with the fact that people are living and working longer than previous generations there’s a strong potential for new opportunities to evolve. With programming languages also living longer than expected, as in the case of New Jersey’s recent call for help from COBOL coders (a decades old language), it may be that there’s honest work for tech elders yet.

It is clear our future depends on innovation. And, the most innovative enterprises are the most diverse. This has been proven in HBR’s recent study where six diversity factors (including age) were measured with innovation outcomes in a variety of countries. It is noted from the study that the “power of diversity still needs to be unlocked with enabling practices, like a non-hostile work environment, an inclusive culture, and a culture where diverse ideas resulting from a diversity of backgrounds are free to compete.”

Building such a culture of innovation starts with overcoming biases and rethinking hiring strategies. By focusing at every level, from the investor to the recruiter, on creating inclusivity where diverse skills over other factors matter most is what diversity is about. In addition, blind skills assessments and interviewing offer new ways to eliminate age bias. Employers who have already been recognized for hiring successfully and building inclusive cultures are part of the “Best Employers to Work for Over 50” list.

Finally, showing up as a true professional in any field requires a dedication to education and personal development. My mother, a retired computer programmer with a career that spanned from the 60’s to the 90’s, successfully faced sexism and ageism. A key lesson she taught me was that the more you make of an opportunity the more success you will have. It’s getting access to the right opportunity with people that respect you and share your values that is most important.