The state of the Global Job Market in COVID-19 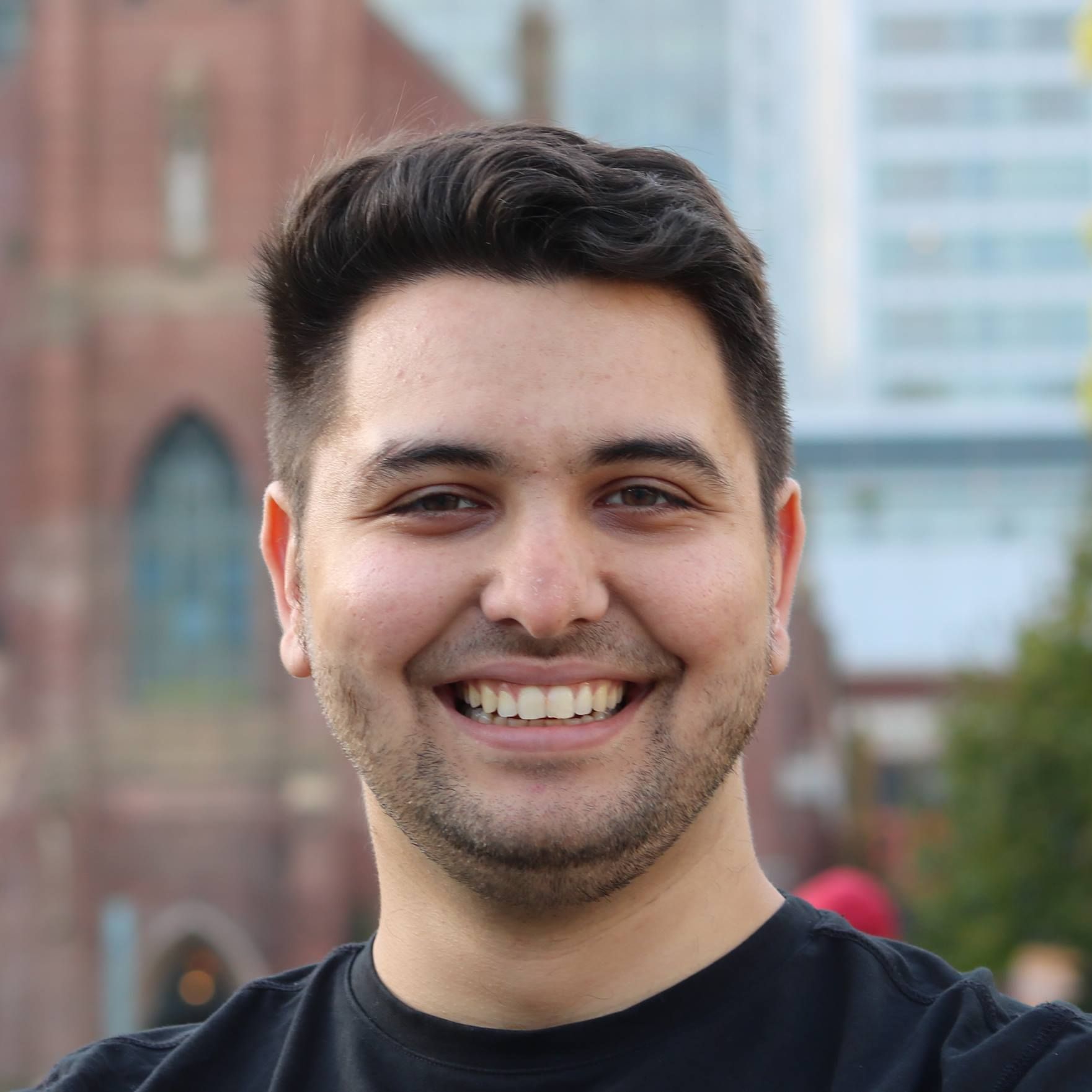 COVID-19 has affected every industry in every corner of the globe. For some—like healthcare, e-commerce, education, and tech—it’s growth. For most, this time is clouded with unemployment, hiring freezes, and even business closures. It’s a good time to be in some industries and a challenging time for others.

We wanted to take our own deep dive into the state of hiring during COVID-19. So, we asked you to help us keep tabs on hiring freezes. Now, we have a completely user-generated list of companies that are hiring, freezing, rescinding offers, and even furloughing.

And we didn’t stop there. We teamed up with the folks at Clearbit to enrich the data further, surveying more than 7,000 companies to find out who’s doing what, where, and why. Here’s what we found.

Unsurprisingly, hiring is down overall. Of the companies we surveyed, one on five is laying off staff and nearly a third have frozen hiring altogether.

Still, just over 40% of companies are still actively hiring.

Here’s a breakdown of who’s hiring, freezing, and furloughing:

When it comes to the customer base of these companies, business-to-consumer (B2C) is suffering more than business-to-business (B2B). In our survey, 42.5% of companies laying people off are B2C, and only 36.6% of hiring companies are B2C. It’s not a bad time to explore a career in the B2B world.

While the pandemic has shut some industries down completely, others are experiencing growth. Industries that are hiring include:

Some companies have frozen their hiring processes due to the uncertainty of the future. Let’s look at who’s halting hiring, according to our survey:

Industries laying off during COVID-19

Unfortunately, not all companies are able to retain their full staff right now. We found that some industries are being hit harder with layoffs than others:

Beyond hiring: Layoffs and rescinding offers

Companies have also responded to COVID-19 by rescinding offers and downsizing their workforce through furloughs and layoffs. In our survey, 26.6% of companies have had layoffs, and 1% have rescinded offers

Existing employees are feeling the pressure as well—particularly at larger tech companies. Forbes reports that 53.8% of employees at the big US tech firms are concerned about job security, and 62% think their income will decrease due to the pandemic. These staffers work at places like Cisco, Google, Oracle, and Intel. Predictably, Expedia and Uber also top the list for employee uncertainty as travel and rideshare industries experience massive hits from COVID-19.

There’s even an email newsletter called the Layoff List, dedicated to sharing updates of layoffs and furloughs as a result of COVID-19. The newsletter breaks layoffs down by industry, categorizing updates for tech, entertainment/events, hospitality, transportation, and more.

Indeed has its own breakdown regarding job ads on their platform. In March 2020, there were 30.8% fewer job postings than in March 2019. And it’s affecting some industries more than others:

Though from our list we see tech and development as still more likely to be hiring than firing, it doesn’t mean hiring isn’t down overall as Indeed are seeing on their platform. As the world slows down, everything slows down with it, even if some industries are weathering the storm a little better than others

The standout from Indeed? Nursing. In a pandemic you expect every nurse to be working double shifts. But this isn’t the case. Outside of the pandemic response, healthcare is shut down.

Takeaway from the data: Yes, it is a tough hiring situation out there. If you are looking for job in a consumer-facing company, choice will be limited. But there are still plenty of pockets of hope. Any role that allows people to do more from home—work, learn, play, shop—is going to be in demand. And as new opportunities arise, new roles will arise with them.

Where is COVID-19 impacting hiring the most?

Put simply, layoffs and hiring freezes are a global issue. COVID-19 has impacted hiring in every single industry in every single country in the world, though the significance of its impacts vary.

Breaking the numbers down by city or startup hub, out of the top 20 most prevalent cities/hubs from our responses, 16 are in the US:

Bengaluru is the “Silicon Valley of India,” and seems to be responding strongly during the COVID-19 era. This could potentially be because India has had few positive cases of the virus. The bay area is also strong—48.16% of companies in the area are still hiring, even as the cities in silicon valley transition to remote work. About one in five companies in this area are laying workers off.

At the other end of the spectrum, only about one-third (36.18%) of companies in New York are still hiring. This is the opposite story to India. New York has been hit hard by COVID-19. Additionally, with the economy and finance overall being battered, jobs are more difficult to find now in New York. But Toronto and Houston are faring even worse proportionally. Only 31.25% of Toronto companies are hiring, with 43.75% freezing their hiring plans. Only 29.17 companies in Houston are hiring.

If you want to see which companies near you are hiring, here is a map. Just hover over a dot to see the company name:

Job postings are falling across the globe, too, according to Indeed. They haven’t posted every country, but New Zealand is seeing the fewest job postings, with a 58.2% drop in ads. On the other end of the spectrum, Singapore’s new job postings year over year have only decreased by 14.9%. The US is somewhere in the middle, with a 30.8% reduction in job postings as compared to March 2019.

Takeaway from the data: Wherever you are, you are not alone. Hiring is down worldwide. New Zealand has been praised for its COVID-19 response and has few cases, but jobs postings are down. But some countries seem to have taken the decision to freeze over furloughing, and in some hiring is still happening.

By the numbers: Small, young companies are where the jobs are

While hiring may be down and layoffs on the rise, trends in the data suggest that certain segments are likely to be more affected than others.

In our analysis, we found that companies that are hiring are younger and also tend to be smaller in size. If you’re looking for a job right now, look for companies that fit this profile as opposed to larger, more well-known companies.

First, there seems to be a clear trend when slicing the data by company size. Smaller companies are still looking for people:

They may see this as a great time to steal a march on incumbents. It could also be that these companies were leaner going into the recession and thus in a better place to hire, or least to not freeze or furlough. At the other end of the scale, larger companies might be seeing this as an opportunity to “rightsize,” reducing their burn rate and extending runway if they are VC-backed, or thinking about their fiscal responsibilities if public.

When looking at age of company, it is a less obvious, though still noticeable, trend. Younger companies are hiring more:

Government agencies and government-owned companies (like Freddie Mac) are less affected. Educational establishments are also hiring less, but they are choosing to freeze hiring more than layoff. This makes sense as schools and colleges will want to immediately get back to full working order once students are allowed back on campuses.

Takeaway from the data: If you are looking for a job, your best bet is at a small startup. Salaries might not be as large as before, but these types of companies are still looking for talent with which to take on incumbents. Failing that, get a job in government!

There’s no denying that economies across the world are being turned upside down—and this is undeniably affecting the state of hiring. There is no industry or location untouched by the pandemic, so job seekers have to adapt to the changing times.

Consider who’s hiring and who’s not, and target your efforts there. Look for industries that have long-term growth potential beyond the pandemic. A company selling face masks might do well in the short term, but companies that are invested in long-term visions with a skew towards tech, healthcare, or education will be the safest bet.

But keep an eye on our list. Companies freezing hiring now may open up again next month and you can be ready to apply when they do.

This is user-generated data, so it’s not a true representation (the data skews towards the US and jobs in tech) and relies on accurate reporting on what is happening at a company.

We have only used data from which we were able to source the domain of the company. This allowed us to use Clearbit’s Enrichment API to discover industries, locations, and sizes of companies.

In cases where there were multiple different responses about what a company was doing—both hiring and laying people off, for example—we’ve gone with the worst-case scenario.

Location is defined by the HQ. So, Siemens might be laying people off in the US, but as they are a German company, it is categorized as a German layoff.

Finding a job during COVID-19

Getting a new job during any recession is tough, and especially so in the wake of a global pandemic. Industries are changing rapidly and it’s difficult to plan more than a week ahead. There are opportunities out there for ambitious professionals and job seekers. It’s just a matter of finding them.

If you do get a job and you want to make sure your offer is competitive, or get expert advice on salary negotiation, schedule a time to talk—it's what we do.